• According to PUBG Mobile fifth report over 2.3 Million accounts have been banned over the last week in this month because of hacking.

• Officials of PUBGM published the graphs and statistics of suspended cheaters on their social media platforms.

• PUBGM has published its fifth report of cheaters banned over a week, from 18th September to 24th September.

PUBG Mobile developers had recently published the fourth report on PUBG Mobile ban accounts who were detected to be cheating and defrauding which are against the terms and conditions of the game.

Now, according to PUBGM fifth report still 2,376,017 million people was using third party hacks and as a result, a permanent ban has issued to all of the 2.3 million accounts and they have been suspended from accessing the game servers.

• Almost 28% Player’s accounts banned due to the using of auto-aim hacks by using third-party apps & scripts.

• Around 36% accounts banned due to the hacks of X-ray Visions.

• 19% accounts banned because of using Speed hacks to cheat other players unfairly.

• In-fact, 1% of the hackers received ban suspensions on the use of modification of area damage.

• Also, 1% of the cheaters were handed bans due to utilisation of modification of character model to gain unfair advantages using third-party injectors.

• The remaining 15% accounts  got banned due to some others unspecified hacks.

From September 18th to September 24th, 2,376,017 accounts have been permanently suspended from accessing our game, out of which these are the reasons:

Thankyou for giving your valuable time on my article and give me your feedbacks in comment box. 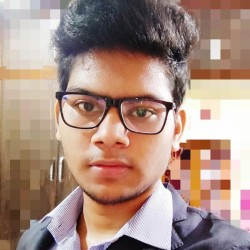